A CBC piece about a billionaire named Victor Dahdaleh who received an honorary doctorate from York and who was also named in the Panama Papers is making the rounds.

In case you missed it, the Panama Papers are a massive leak by an insider at a shadowy Panama-based law firm which was founded by a nazi-turned-anti-communist-wannabe-spy that now specializes in helping the wealthy hide their money in overseas accounts. A massive consortium of investigative journalists sorted through the unprecedented leak and revealed a huge web of tax evaders and criminals (as well as lots of people who got awful tax advice from their lawyers). What they managed to show was the ways in which the super-wealthy use an intricate web of shell corporations, shadowy law-firms and secretive off-shore banks to hide financial transactions, shelter their untold wealth from taxation, payout bribes, run guns, and generally avoid the rules that the rest of us have to play by.

The Panama Papers were big news and led to the fall of Iceland’s president so you probably heard of them, but I will forgive you if you didn’t hear about Victor Chu getting an honorary doctorate from my alma mater, the University of King’s College. The awarding of that doctorate happened this spring, a month and a half after the Panama Papers leaks were made public. Apparently he also gave the commencement address and told the graduating class to make sure that robots always serve humanity and that humanity is never forced to serve the robots. This is just what I was told, I wasn’t there.

Chu has absolutely no connection to King’s and a very tenuous connection to Nova Scotia. It’s also not entirely clear what sort of contribution to academics or culture he’s made or how he’s related to the academic mission of King’s. The other recipients of honorary doctorates this year were noted French poet/philosopher/theorist Michel Deguy whose work is often taught in the Contemporary Studies program and successful King’s alum/poet/editor/McCain’s heir Gillian McCain; two people with obvious connections to the academic mission and/or history of the College. (Who knew that one of the authors of  Please Kill Me went to King’s?!)

Chu’s biography on the other hand touts his first million dollar financial transaction at age 12, his role on corporate boards and his various investment successes. King’s of course awards degrees in the humanities & social sciences, science, and journalism and has no business school. (but hey, as another Asian dude who graduated from King’s: big shout to Asian dudes getting that parchment. I guess.) 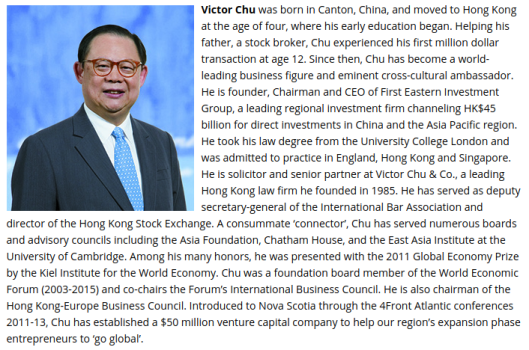 His biography also mentions two of the companies that he owns: First Eastern Investment Group (a private equity firm) and Victor Chu & Co.. Which is where the Panama Papers come in: First Eastern was a client of Mossack Fonseca from 1991 until 2013 and used the firm to register in the notorious tax haven of the British Virgin Islands. Chu is also an officer of a real estate holding company called First Eastern that used the law firm to register in the British Virgin Islands (this company was still actively registered there as of 2015 – the last year that the consortium was able to obtain data). He is also an officer of Kwong Wah Investment which used Mossack Fonsesca to register in the Virgin Islands (that business is also still active as of 2015). One of the two other officers of Kwong Wah is the not-at-all-shadowy-sounding “Deep Bank Limited.” Chu is the founder of CMEC GE Capital China Industrial Holdings Ltd. which used Mossaca to register in the British Virgin Islands until 2000. In case you feel like his connection to grey-market offshore banking isn’t explicit enough: the clearly named Victor Chu China Investment Limited was registered in the Virgin Islands in 1992 and was active as of 2015. Chu appears to be directly connected to at least five businesses who registered in the Virgin Islands using Mossack Fonseca, three of which are still registered there. He is listed under two slightly different names that share the same address. None of this was particularly secret and he was mentioned in a Guardian piece on the leaks nine days before King’s graduation. 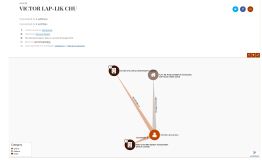 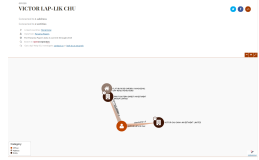 Sinochem and the Chinese State

People I’ve talked to have said that Chu was very nice and so far my very limited research has turned up no suggestion that his companies were directly involved in the worst kinds of criminal activity associated with the Panama papers. I do want to make it 100% clear that I am not suggesting he has done anything at all illegal.

It is perhaps worth mentioning that Chu is the founder and CEO of Sinochem Investment LTD. (the biography on the King’s website does not mention this company) As far as I understand it – and I am not at all an expert on the corporate structures of private equity firms trying to work in China in the 1990s – Sinochem Investment LTD is a venture capital firm that’s main function is to provide western investors with private equity opportunities in China. In order to reduce red-tape and transaction costs firms like Sinochem Investment LTD enter into relationships with existing Chinese firms (usually state owned), sacrificing some autonomy for the opportunity to provide investors with cheap access to Chinese markets. The liberalization of the Chinese economy means that this is less of a necessity now, but I understand that it was basically the only way for private equity firms to be able to get foreign capital into China during the 1990s.

The Sinochem connection is worth noting for a few reasons. First, like most Chinese state-owned companies in the last 30 years Sinochem has terrible track record on just about everything other than making money. In 2005 the company was implicated in an oil-for-food scandal in Iraq and a 2015 explosion in Tianjin at a warehouse owned by two Sinochem subsidiaries killed over 100 people after company officials found a corrupt safety inspector to okay their dangerously unsafe facilities. (There is no evidence and no one has ever suggested that Chu had any involvement at all in either of these incidents)

Second, part of the fallout of the Panama Papers was a deep crackdown on dissent and journalism in China as the Chinese elite try to head off any discontent caused by the revelation that well connected businessmen and Communist Party officials and their family members were using offshore banking to hide their obscene wealth from a citizenry which has largely seen their lives get worse from China’s rapid embrace of capitalism in recent decades. The Chinese government ordered newspapers and other media outlets to not talk about the leaks and even went so far as to block all online discussion of the Panama Papers. On a related note, King’s is very proud of its journalism school.

Real graduates who study hard, participate in the social and academic life of their institutions, take on massive and unsustainable debt and earn their degrees have their name and degree title mentioned briefly. People with no connection to the institution have long citations of their accomplishments read out in an attempt to impress the crowd and stroke the egos of these potential future mega-donors. One honorary degree recipient’s citation often takes as long to read as it takes the entire graduating class of the History of Science Program and the Early Modern Studies Program to have their names read and to cross the stage. At a time when the people who actually make up the university community ought to be honoured, universities are trying to make fundraising pitches.

Of course, receiving a degree at the same time as someone like Michel Duguy or Stephanie Nolen (who is a fantastic and decorated journalist and who received an honorary doctorate and gave a very nice commencement address during my own graduation from King’s in 2009) can add something special to the occasion for many graduates and it can allow a university to publicly define its academic and social mission. However, these worthy attempts to recognize the contributions of great scholars, journalists and public servants are no more common than pandering to the rich in the hope that they may drop some crumbs.

Universities increasingly use honorary doctorates to try to grease the fundraising wheels and get wealthy individuals, their companies and their friends to donate some money. Money the universities need because of a decades long decline in public funding caused by governments crying poor due to a lack of tax revenue. So our institutions of higher learning give honorary degrees to the world’s richest people to try to convince them to donate some money to survive a funding crisis which is caused by rich people actively working to avoid paying taxes. Sometimes they dodge these taxes through off-shore banking, sometimes they don’t have to because they can strong arm elected officials into setting marginal tax rates for the rich and large corporations at constantly decreasing levels.

Sometimes the universites even accidentally end up giving an honorary Doctorate of Civil Law to some random businessman with no substantive connection at all the College or its academic mission but at least five connections to a shadowy law firm implicated in a global banking scandal that brought down a president and caused a government to double down on squashing dissent. I guess these things happen.

I am not a journalist. I would love for a real journalist to dig deeper into Halifax’s connections to the Panama Papers, but I am not the person to do that.

I also want to make it 100% clear that I am not suggesting that Victor Chu or anyone else did anything illegal or that there is any evidence to suggest that they did.